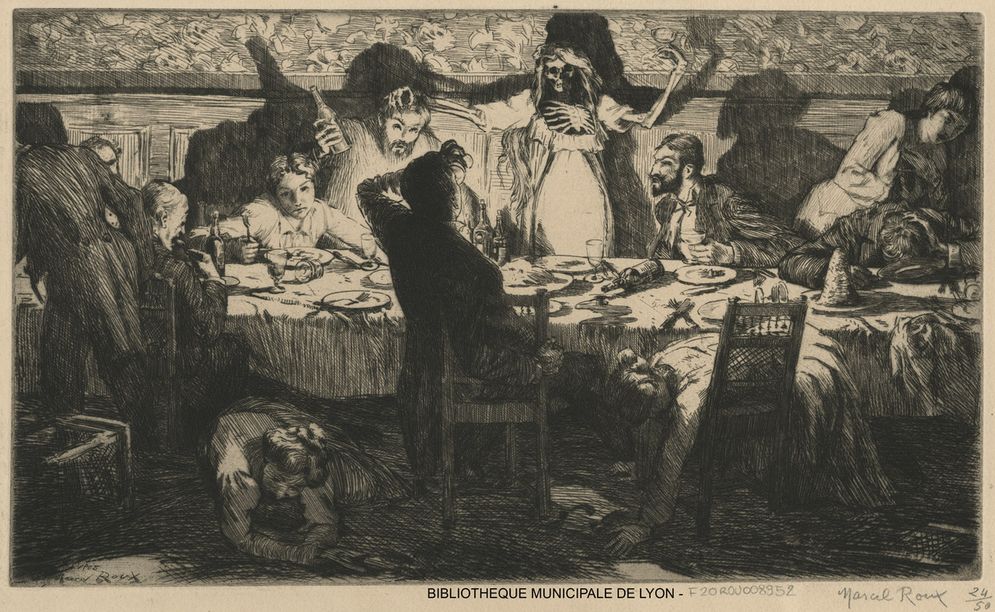 The collection of books in Chinese from the Franco-Chinese Institute in Lyon (IFCL) forms the nucleus of the BmL’s Chinese Collection.

It is however important to stress that these items printed in Chinese appear alongside works in Western languages. The result of exchanges, donations and acquisitions, this rich collection of over one thousand books in French, English, German, Italian, Spanish, Esperanto and even Russian were thus made available to the boarders at the Institute and guaranteed them access to the basic encyclopaedic knowledge essential to their studies.

Concerned to maintain the link between exiled students and their homeland, the Institute acquired several thousand works and four hundred and twenty-five titles of periodicals in Chinese.

While over a thousand of these works are made in the classic way (bound with string) and concern Imperial China, the remaining documents deal with various aspects of contemporary China. This collection is remarkable in a number of respects. First and foremost, in contrast to the Chinese collections assembled in the West at the same time, these documents were brought together by Chinese people. Furthermore, these documents relate to various facets of society in the republican era (1912-1949): its political, scientific, artistic and literary scenes. They testify to the publishing production of this transitory period and offer a broad panorama of the intellectual, social and political history of China in the first half of the 20th century. Some works are difficult to find in China today. Finally, some books left in Lyon by their owner include signs of their provenance, or dedications — in particular by Sun Fuxi or Su Xuelin — which adds to their value.

This collection also contains one hundred and thirty-one theses by IFCL students.

Finally, the IFCL’s administrative archives provide information about its history and its operation. Having all been processed, the student files are available to readers. However, an appointment with the Chinese collection needs to be made to arrange a time to view them. These archives occupy twenty-five linear metres.

This library and the IFCL archives were transferred by the Lyon 3-Jean Moulin University to the BmL, which is preserving and looking after them.